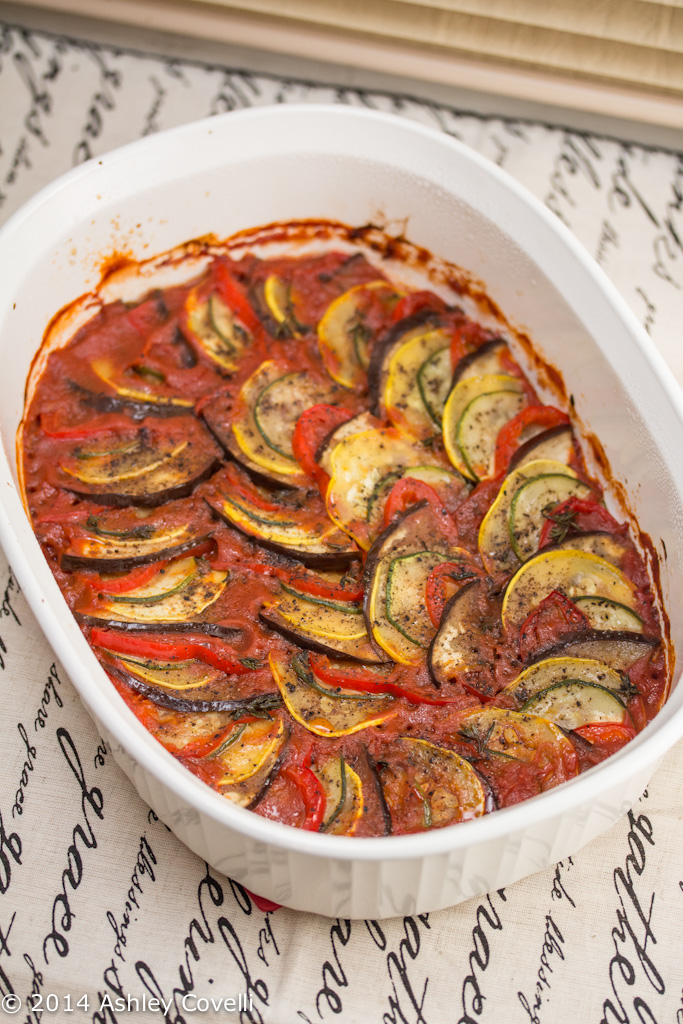 For our second dish for this month’s Layered/Stacked Supper Club event, Dino picked Smitten Kitchen’s spin on the classic Ratatouille, as it was presented in the animated film of the same name. 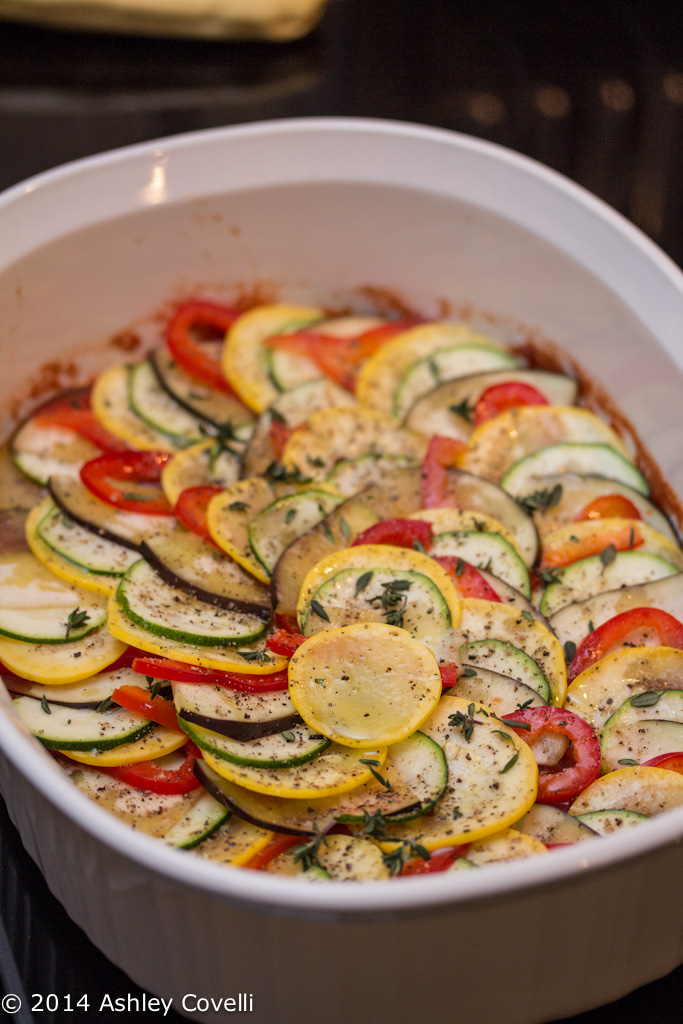 This ended up taking longer than it should have, because the eggplant wasn’t cooperating with our aforementioned mandoline. I didn’t think the bell pepper would be easily cut that way, but didn’t realize that the eggplant would give him trouble, too.

So he ended up cutting it all by hand.

Editor’s note: ALWAYS use a hand guard with a mandoline. They are insanely sharp and nobody wants to lose a finger in the kitchen!

The ratatouille smelled divine the entire time it was in the oven. The flavors meld together beautifully while it cooks, and you are rewarded with a dish that is so much more than the sum of its parts. It’s rich and luxurious – easily one of the best vegetable dishes we’ve ever had!

In fact, we liked this so much that I ended up making a second batch of it with the leftover sliced veggies the next day. My in-laws came over and we devoured the entire thing in record time. That time, I served it over rice that I cooked with homemade slow cooker vegetable stock.

Dino noticed that some people enjoyed this with goat cheese, some with vinaigrette (a la Thomas Keller), so naturally, we used BOTH. But feel free to omit the goat cheese if you want to keep this vegan. 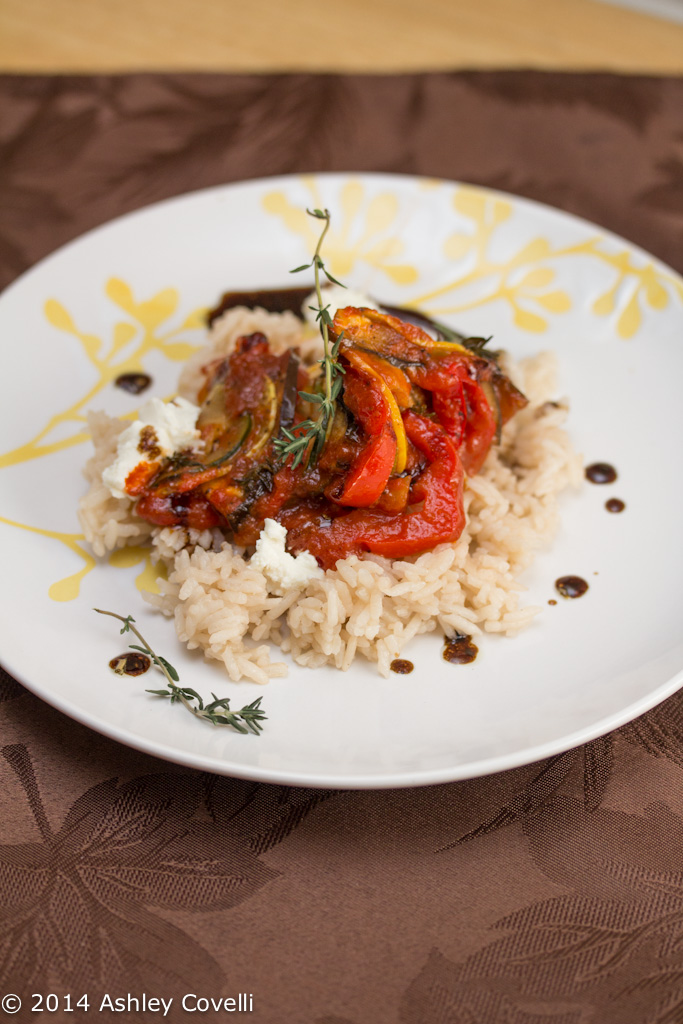 For the vinaigrette, he mixed equal parts of aged balsamic and extra virgin olive oil and seasoned it with salt and pepper, some herbes de Provence and fresh thyme. The acidity paired beautifully with the ratatouille.

Pour tomato puree into bottom of an oval baking dish, approximately 10 inches across the long way. Drop the sliced garlic cloves and chopped onion into the sauce, stir in one tablespoon of the olive oil and season the sauce generously with salt and pepper.

Atop the tomato sauce, arrange slices of prepared vegetables concentrically from the outer edge to the inside of the baking dish, overlapping so just a smidgen of each flat surface is visible, alternating vegetables. You may have a handful leftover that do not fit.

Drizzle the remaining tablespoon olive oil over the vegetables and season them generously with salt and pepper. Remove the leaves from the thyme sprigs with your fingertips, running them down the stem. Sprinkle the fresh thyme over the dish.

Cover dish with a piece of parchment paper cut to fit inside. (Tricky, I know, but the hardest thing about this.)

Bake for approximately 45 to 55 minutes, until vegetables have released their liquid and are clearly cooked, but with some structure left so they are not totally limp. They should not be brown at the edges, and you should see that the tomato sauce is bubbling up around them.

Serve with a dab of soft goat cheese on top, alone, or with some crusty French bread, atop polenta, couscous, or your choice of grain.