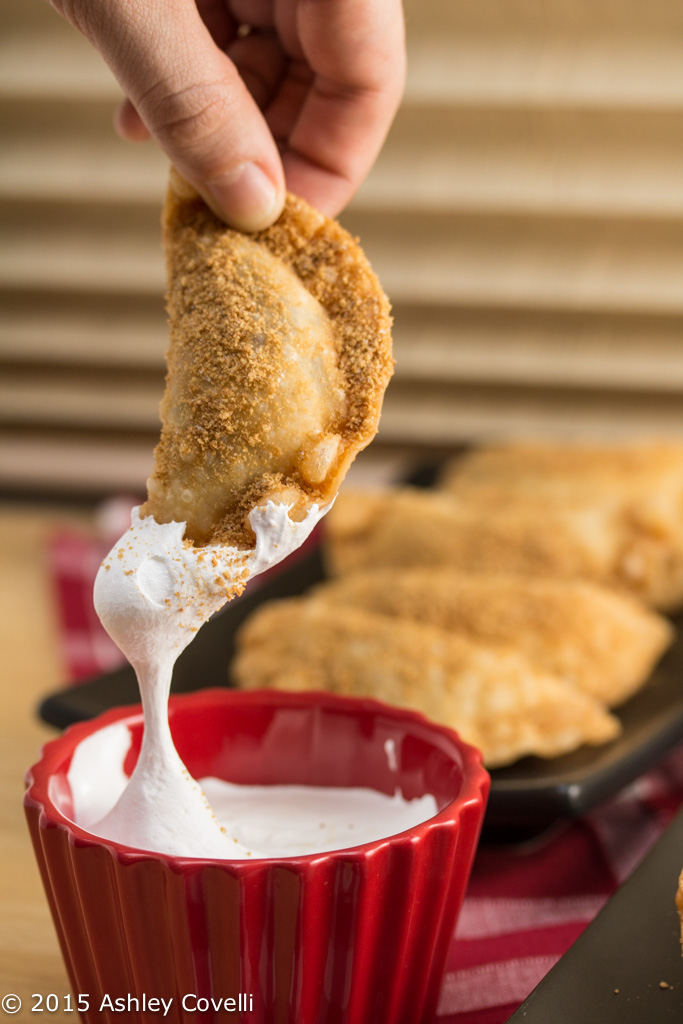 We took all the fun of s’mores but upped the ante by stuffing them inside dumpling wrappers, swapping the chocolate for Nutella, deep frying them and dunking them in marshmallow fluff.

Remember when me and Joanne got together earlier this year for Dumplingpalooza? It probably comes as no surprise that during our brainstorm sessions, the two of us developed the dessert recipe first.

S’mores are always a fun dessert, and my family loves making them with Nutella instead of chocolate bars. It just adds a layer of richness that goes so well with the marshmallow and graham crackers. YUM.

So for these dumplings, we filled the wrappers with Nutella and deep-fried them.

When they come out of the oil, they get a dusting of graham cracker crumbs that have been laced with cinnamon and sugar. 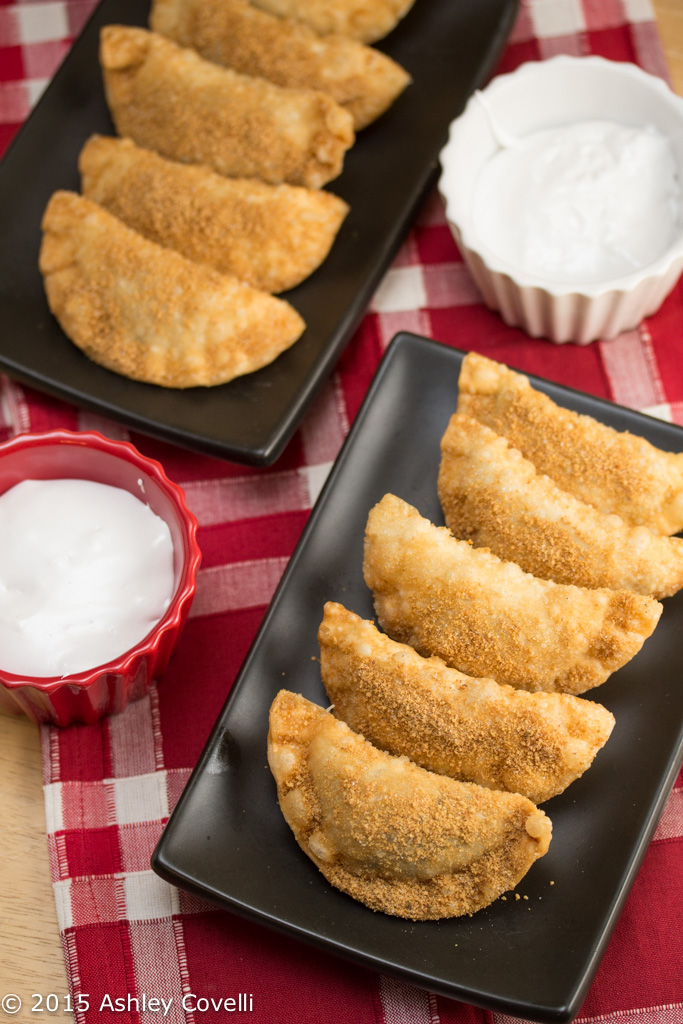 And lest you think we forgot about the marshmallows, we served these beauties up with bowls of fluff for dipping.

Oh yes we did. 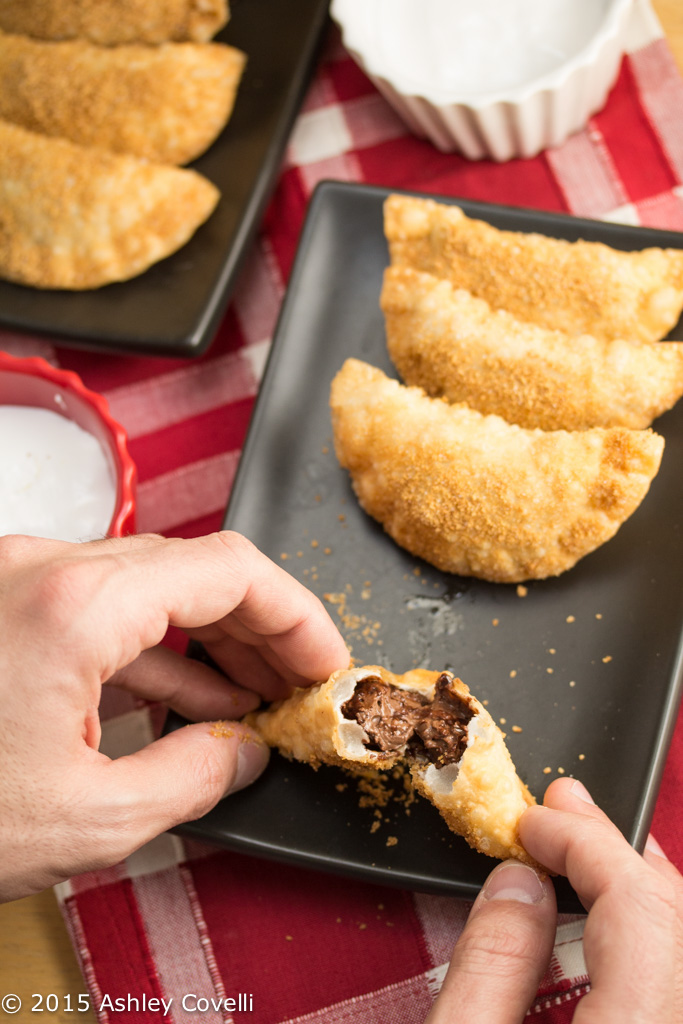 This is a super fun way to enjoy s’mores without the campfire!

This was a sweet, crispy way to end our dumpling-making evening. 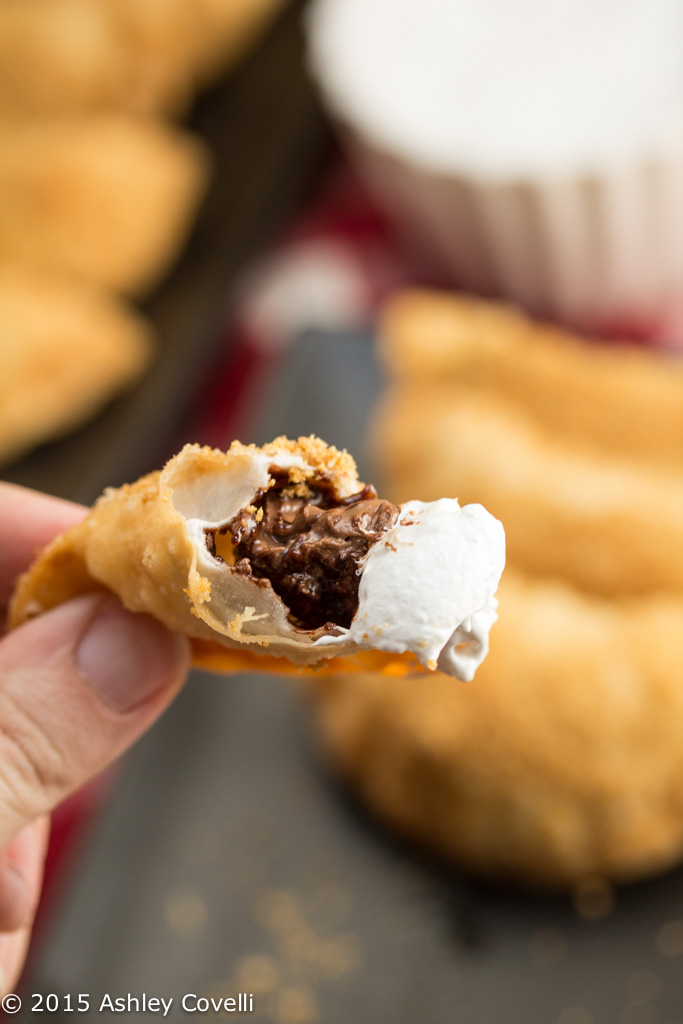 We took all the fun of s’mores but upped the ante by stuffing them inside dumpling wrappers, swapping the chocolate for Nutella, deep frying them and dunking them in marshmallow fluff.