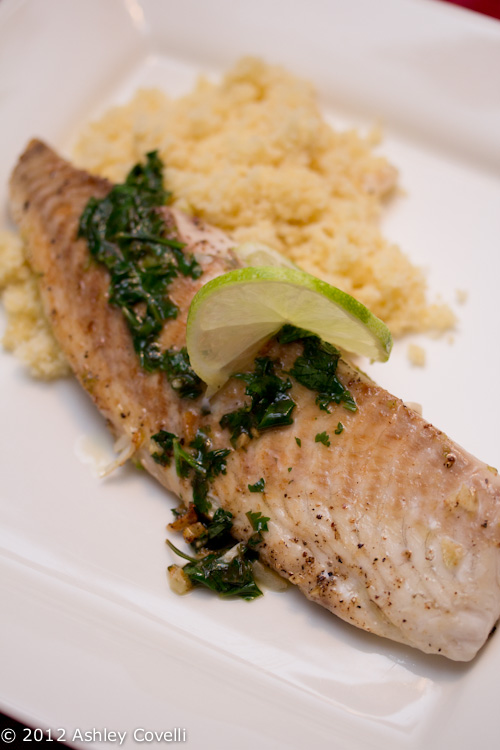 This was the first time I’ve worked with tilapia. I’m not sure I’ve ever eaten it before. Dino has had it several times before, and he said that this was by far the best he’s ever tasted. Woohoo!! I seared two tilapia fillets in a little olive oil in a nonstick skillet. I added in some minced garlic, lime zest and cilantro, and cooked the fish until it looked like it was done. I added in the juice from the lime and a tablespoon of butter to make a little bit of a sauce. I served it with couscous. It turned out awesome! It was super easy to put together, and only took a few ingredients.