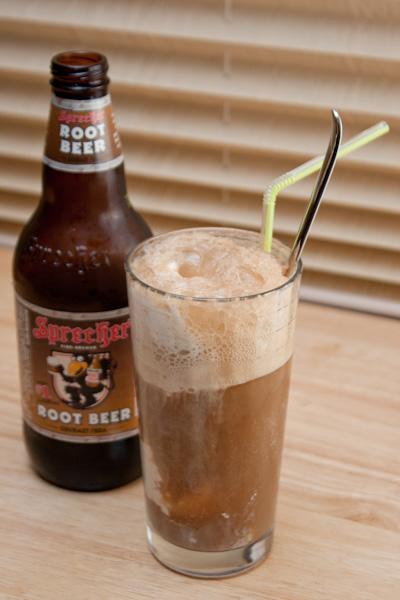 One of my favorite things from when I lived in Wisconsin is Sprecher root beer. That stuff is seriously amazing. Now that I’m in New York, I don’t get tempted by seeing it at the grocery store every week. I don’t drink soda too often, but this stuff is hard to turn down. Whenever I have friends from WI coming to visit, I ask if they’ll bring some Sprecher out for me. So back in September, some friends came to visit, and they brought me a 4-pack. I’ve been rationing that stuff like you wouldn’t believe! So much so, that I decided to use my third bottle (that’s right – I still have one left!!) to make a root beer float. It’s been years since I had one of those, and I figured it would be extra awesome with Sprecher…and it WAS! The only thing that would have made this better is if I would have made homemade vanilla bean ice cream. This was a real treat!