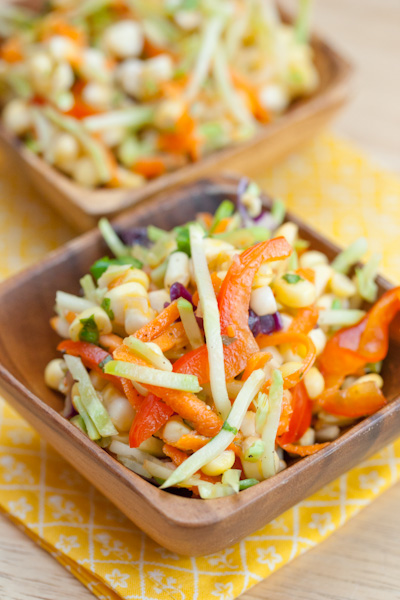 This month’s Supper Club theme was Tailgating. I picked 2 recipes that didn’t involve turning the stove on at all, because this heat wave we’ve had for the last few weeks has been killer. The heat index has been around 115°F, and it’s just exhausting! So I found this cooling slaw recipe that I thought would be perfect. My store was out of regular coleslaw mix, so I used broccoli slaw mix instead. This doesn’t take too long to put together, and it makes a big batch of really colorful slaw.

Whisk orange juice concentrate, rice vinegar, and canola oil in small bowl. Season with salt and pepper. DO AHEAD Dressing can be made 1 day ahead. Cover and refrigerate.