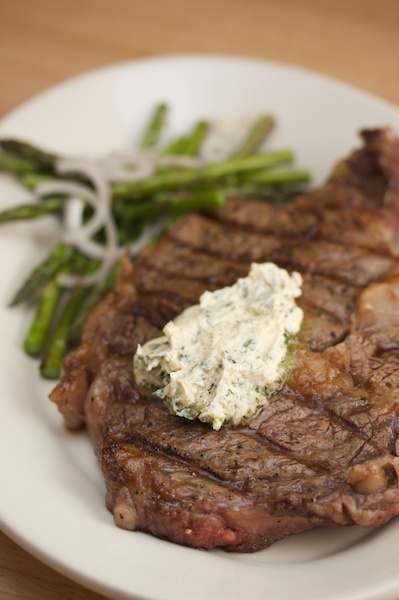 I wanted to make something quick for dinner tonight, so I seasoned some steaks with salt & pepper and threw them on the cast iron grill pan. While they were cooking, I mixed some softened butter, grated Parmesan, sliced basil, chopped green onion, salt & pepper in a small bowl. When the steaks were done, I put a spoonful of the herb butter on each, and let it melt down into the meat. It was great! The butter gives the steak a lot of flavor, and it makes the meat extra juicy. While the steaks were resting, I put some trimmed asparagus on the grill, and seasoned it with salt & pepper. It was a quick and tasty meal.