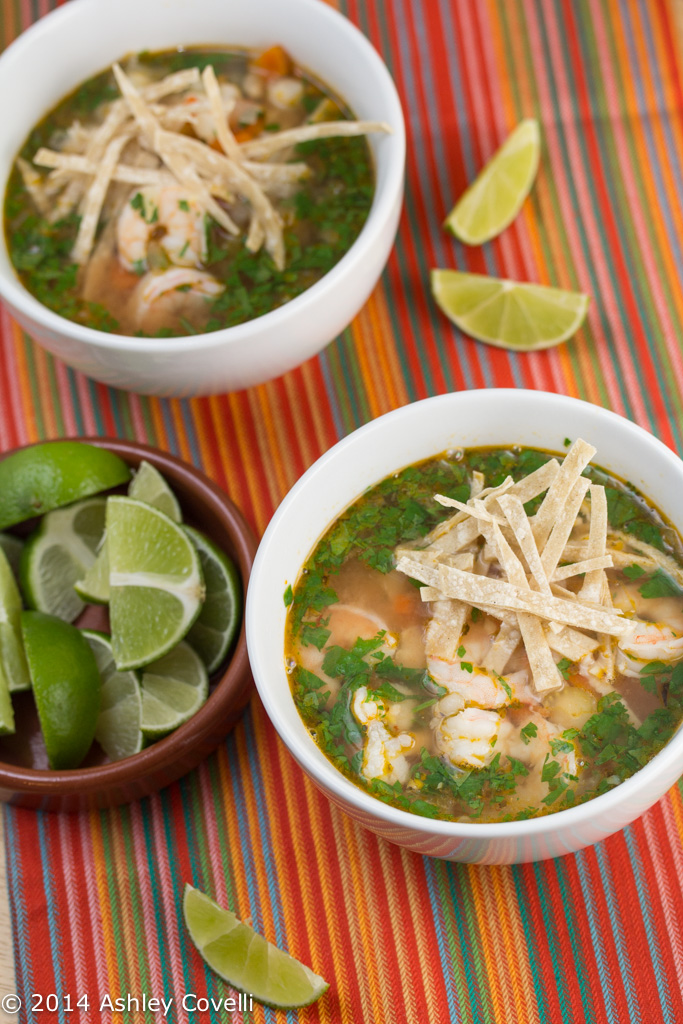 When I came across this soup recipe, I knew I needed to try it. I love hominy but have never used it with Mexican flavors. That plus the addition of shrimp and chipotle peppers really caught my attention.

The soup is fairly easy to put together. And you can make it ahead of time and just bring it back up to a simmer and add the shrimp for a few minutes right before serving it.

This soup is light and refreshing, yet it packs a spicy punch! I liked the idea of adding tortilla strips to the top of the soup, but mine were so crunchy – almost stale in texture. Maybe I let them dry for too long? I’m not quite sure. Next time, I’d probably leave them off.