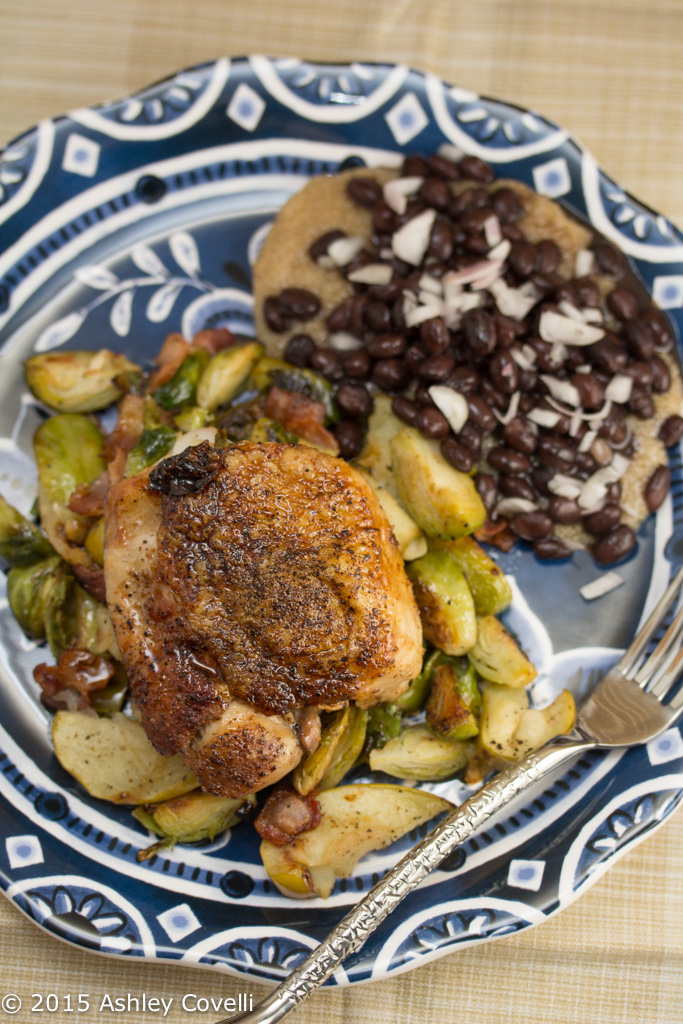 Crispy-skinned chicken thighs get a sweet-and-salty treatment in a cast iron skillet in this comforting single-skillet meal.

We’ve been on a big cast iron skillet kick lately in my house. I used to be a little intimidated by cooking with cast iron, but now that I’ve seen how just how easy it is to make meals without dirtying up an army of cookware, I’m 100% on board with it.

For this dish, chicken thighs are crisped up along with bacon and Brussels sprouts and apples for a pan of insanely delicious sweet-and-salty comfort food.

I love the easy apple jus that finishes off this recipe. With a toddler in the house, I always have apple juice on hand, and this is a great way to add a flavor boost to any pan sauce. Absolutely delicious!

Crispy-skinned chicken thighs get a sweet-and-salty treatment in a cast iron skillet in this comforting single-skillet meal.

Recipe by Christine Byrne via Buzzfeed

Christine’s Note:
You can use any apple, really. I just think Fuji works the best.