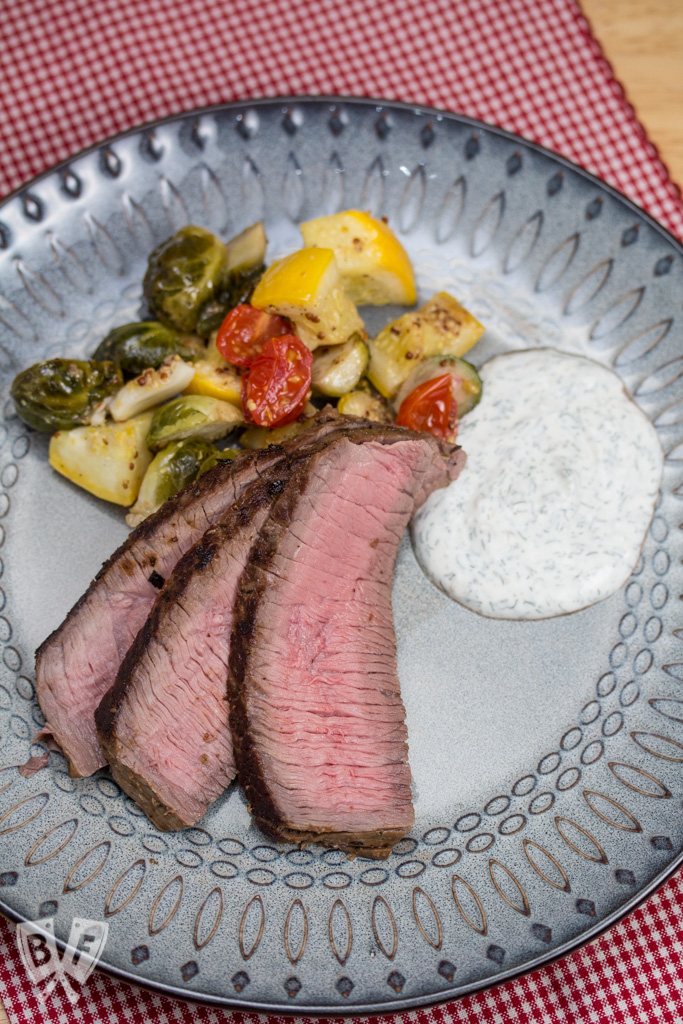 Have you tried the reverse sear method for steak yet? Let me tell you, we are BIG fans.

Basically, you cook your steak low and slow in the oven until it’s close to the temperature you want it (medium-rare, in our case), then remove it from the oven and sear it in a big ol’ cast iron skillet.

The result is a gorgeous, evenly cooked steak inside with a golden, seared crust on the outside.

I’ve always been a little shy to try cooking London Broil at home. Sometimes, through no fault of your own, you just end up with a tough cut of meat. It’s a bit of a gamble, but when I saw it on sale at the store (buy one get one free) I figured I had to give it a shot.

And this recipe turned out so well that I ended up making it twice in the same week, which was perfect since the spice blend makes twice the amount you need for this recipe.

It was meant to be! 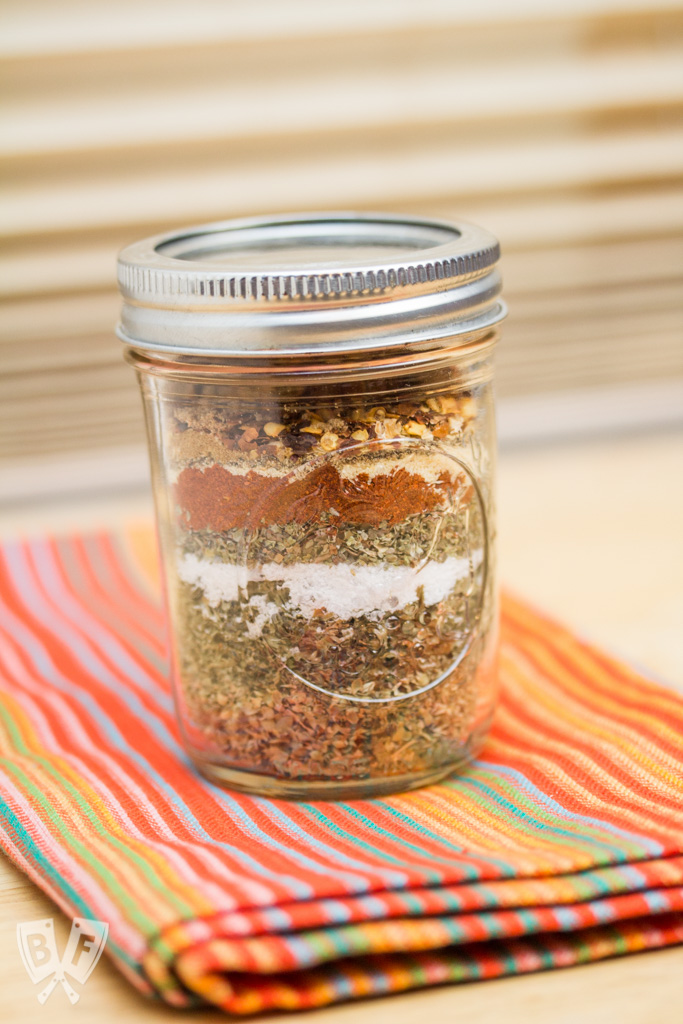 This chimichurri spice blend packs a ton of flavor. For this recipe, I cover it with some hot water for 5 minutes to soften all of the herbs up before whisking in oil and vinegar and popping the steak in.

I let my London Broil marinate in this mix for 6 hours, and it was fantastic! 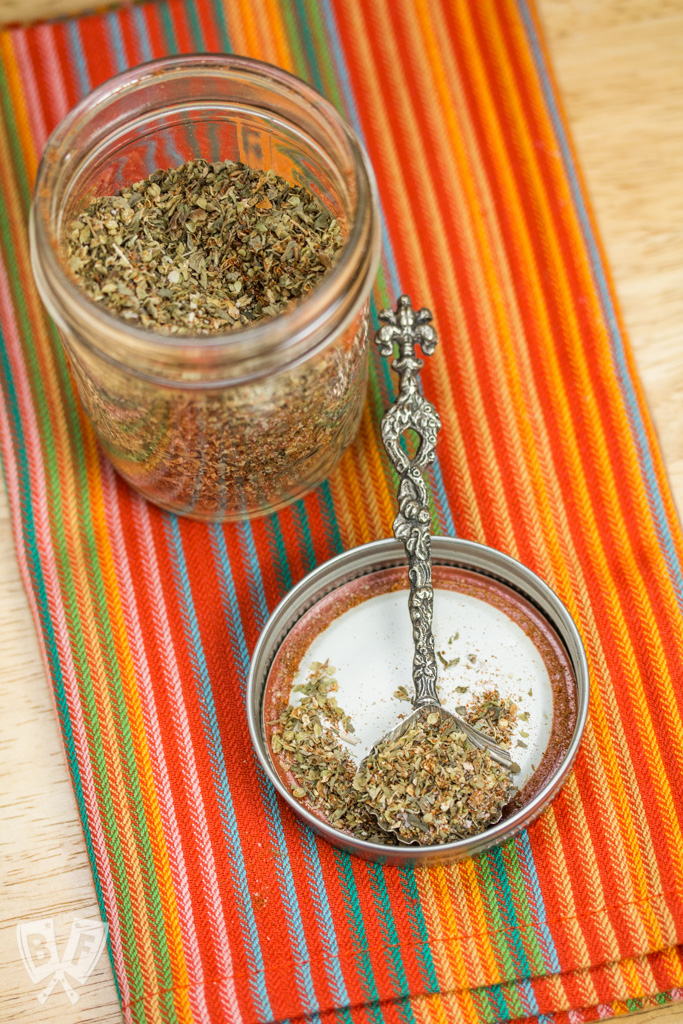 When it comes to cooking the steak, I used one of the handiest kitchen tools in my arsenal, a dual probe thermometer that you leave inside the meat while it’s in the oven. It’s great for things like poultry, because you can monitor the temperature in 2 separate places (like the breast and thigh). But it’s also handy to use just one of the probes to monitor cuts of meat like this London Broil. That way you can set the temp and have the remote unit notify you when it’s ready.

If you don’t have one of those, a single, instant read probe thermometer that you don’t leave in the oven is another good choice, and it can be used for lots of different types of kitchen tasks (I bought this one originally to take the temperature of steamed milk for lattes, but I use it for so much more than that). 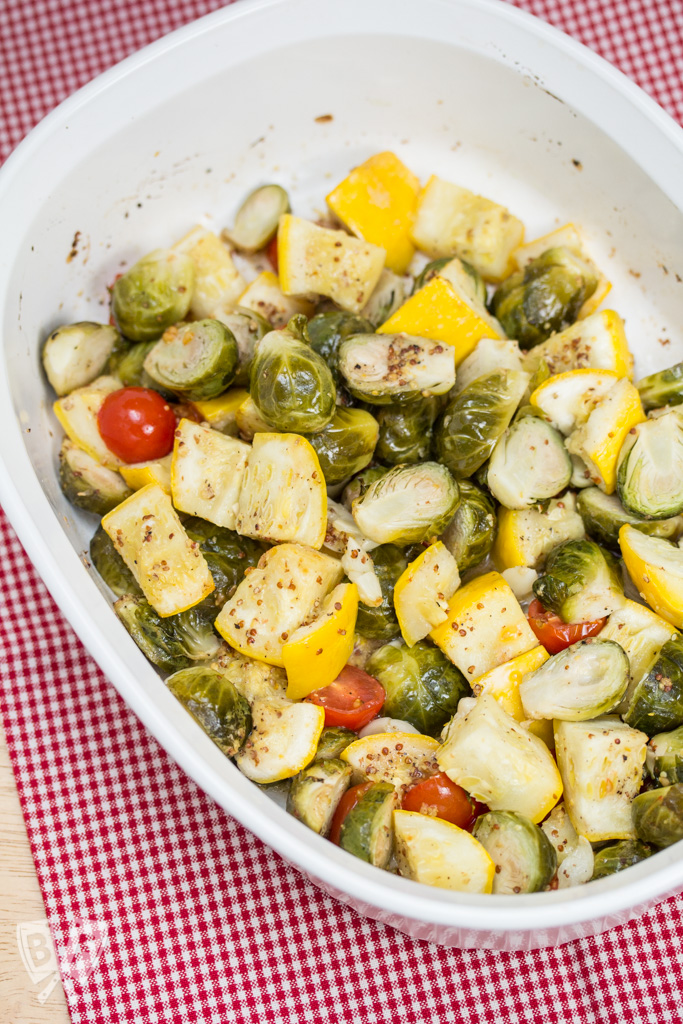 Make sure to let the meat rest after you sear it, before slicing it up thinly against the grain. Both of the pieces of London Broil I picked up turned out beautifully with this method.

The sauce is cool and tangy, perfect for dipping the tender steak into. I love the kick that the horseradish adds.

I served this London broil with some veggies that I tossed with grainy dijon, olive oil, and white wine vinegar before roasting. The whole meal was a huge hit at our dinner table both times!

For the Chimichurri Spice Mix:

To Sear and Finish:

Note: This post includes affiliate links for items that I genuinely enjoy. Big Flavors will receive a tiny commission from purchases made through affiliate links on this site at no added cost to you. This allows us to cover site-related expenses and helps to keep us cooking up a storm!