Spreadable bacon has got to be one of mankind’s greatest innovations. I’ve taken it to the next level by lacing it with sweet, caramelized onions and maple syrup. 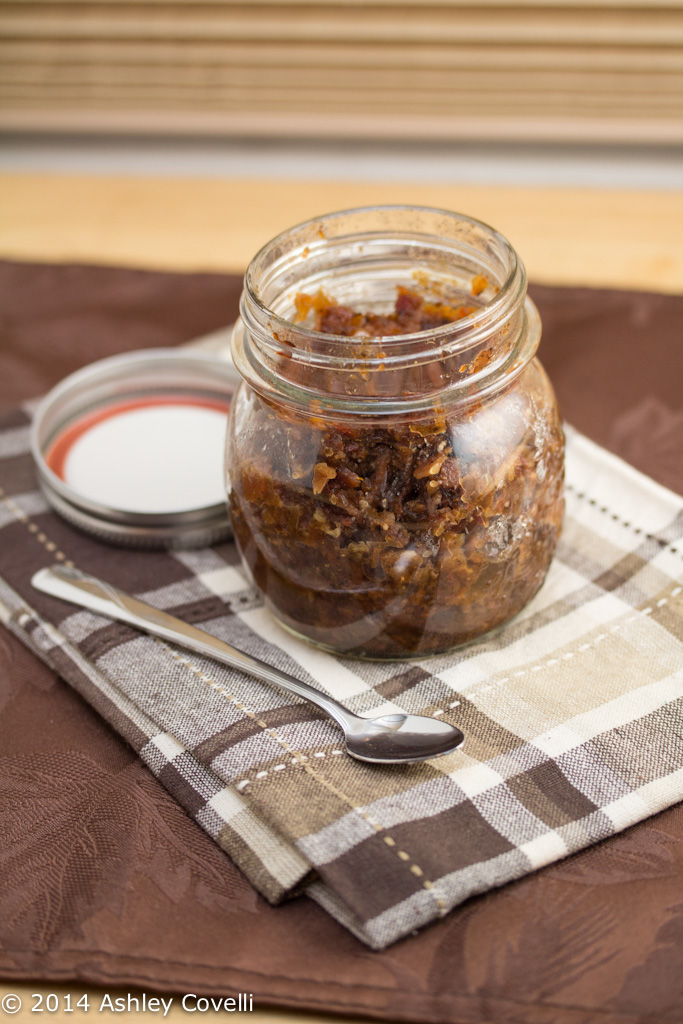 Let’s just say, the house smelled phenomenal while this jam was in the works. When I picked Dino up from the train station, he thought I smelled like meatloaf. I asked him, “Oh, do you mean BACON AND CARAMELIZED ONION JAM?” and he responded with a noise that was reminiscent of Homer Simpson drooling over donuts.

This jam turned out way better than I had anticipated. It’s the perfect balance of sweet and salty. I had big plans for using some of it with naan (post to come tomorrow!) and was glad to have enough leftover to  be able to try out a few other things, too.

This was a huge hit, and I highly recommend making it!

Looking for recipes to use up your bacon jam? My Bacon and Caramelized Onion Jam Naan Pizza with Gorgonzola and Apples is a fantastic option!

You can keep the jam in a glass container in the refrigerator for about a week, if it lasts that long! When using after refrigerating, it’s best to heat it up for a few seconds in the microwave first, since the bacon fat hardens when chilled.