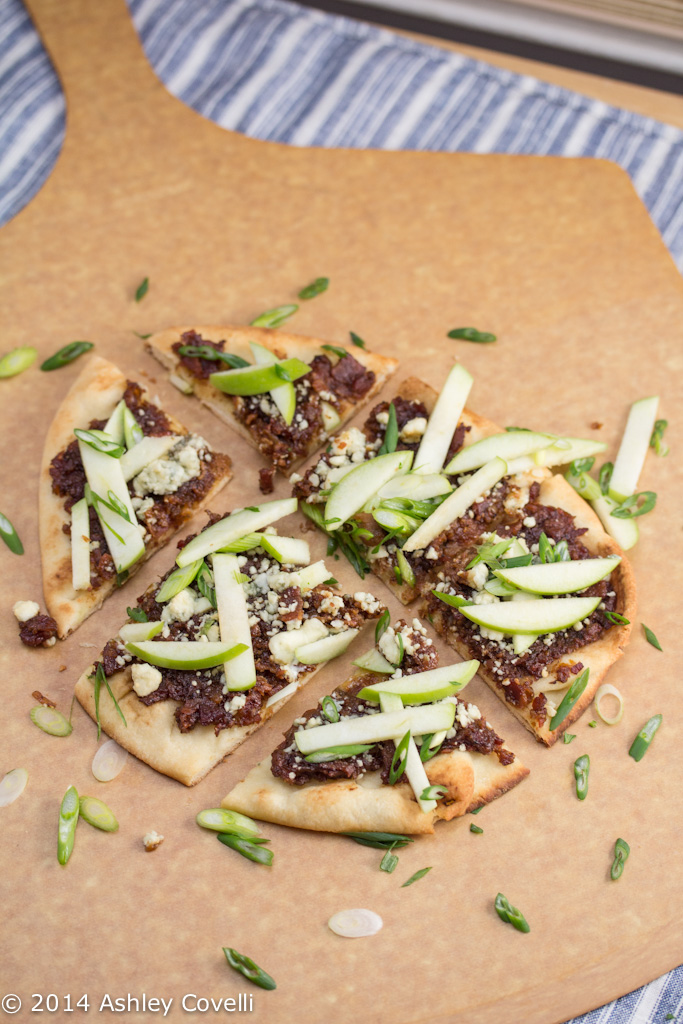 Guys… I think it finally happened. I came up with the tastiest thing to ever come out of my tiny kitchen.

And you bet your you-know-what that it included a healthy smearing my Bacon and Caramelized Onion Jam. 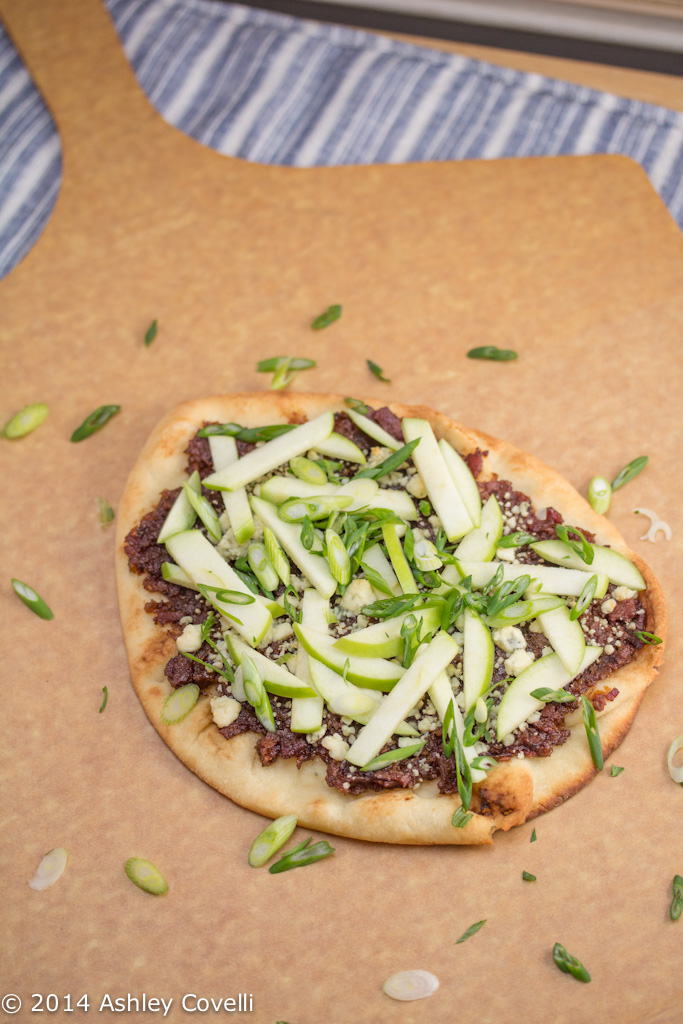 And melty gorgonzola, because… do I really ever need a reason to throw cheese on something?

Plus some apples and green onions, you know, to round it out and give it a fresh, crisp topping.

When I first got samples from Stonefire, this is what I dreamt up to make to try out their naan. It turned out even better than I had hoped – it was out of this world delicious! I don’t think Dino or I spoke one word that wasn’t just various groans of sweet, bacon-y, cheesy, food ecstasy until the entire pizza was gone.

It was that good.

Needless to say, I highly recommend you make this pizza. It would be a great dinner party appetizer, or, if you aren’t into sharing, just inhale it while binge-watching shows on Netflix. I fully support you in your efforts.

Psst – If you’re looking for another fun way to enjoy bacon in a sweet-and-salty recipe, this ice cream-free peanut butter banana milkshake with bacon has tons of flavor! 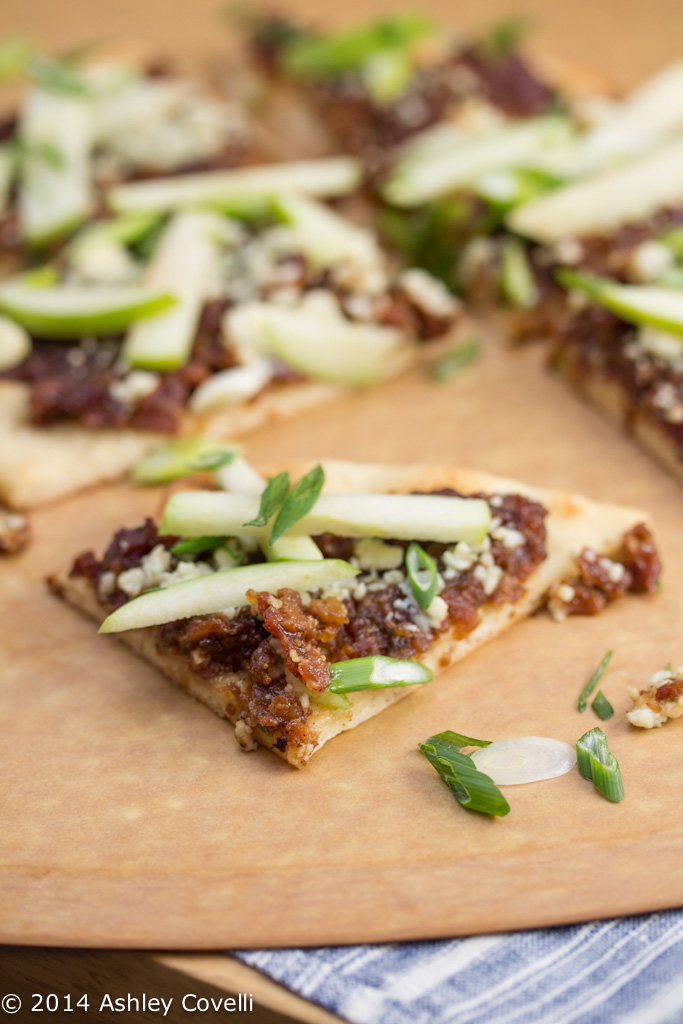 And now, for the giveaway! I reached out to my friends over at Stonefire and asked if they’d be willing to do a giveaway for my readers. Their bread is really, really tasty (you can see what I thought of the pita bread on my Falafel with Yogurt-Herb Sauce post) and all-natural. They’ve agreed to give FIVE coupons, each good for a free Stonefire product to a few lucky readers.

First prize will be THREE coupons, and second prize will be TWO. To enter to win, leave a comment below telling me your favorite way to use either pita, naan or pizza crust at home. The contest will close on Friday, January 17, 2014 at 12 noon (Eastern Standard Time). Winners will be chosen via random.org and will be contacted via email to get mailing information. Good luck, everyone!

UPDATE – The winners have been selected via random.org – CONGRATS to Brenda and Felice!