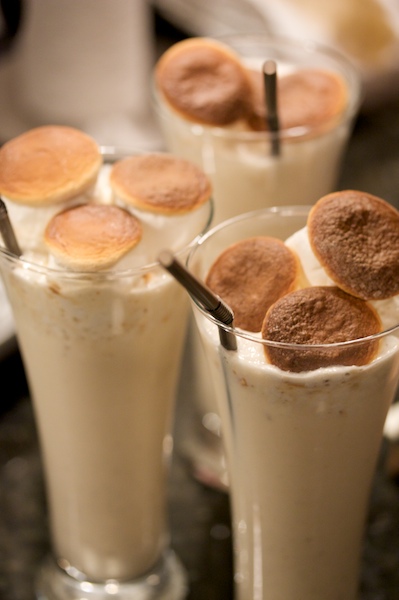 This was an easy and impressive dessert. This drink tastes like a camping trip – toasted marshmallows are just awesome! And having them cold in a drink really makes it interesting. The only thing I’ll change next time is to use less milk, because it made the milkshakes too runny. I think maybe half the amount of milk would have been better. I’ll definitely tweak this one for parties in the future.

1. Preheat the broiler. On a foil-lined baking sheet, place half of the marshmallows in a single layer; broil until charred, 3 minutes. Transfer to a plate to cool. Place the remaining marshmallows on the sheet and roast until just toasted, 2 minutes; let cool.