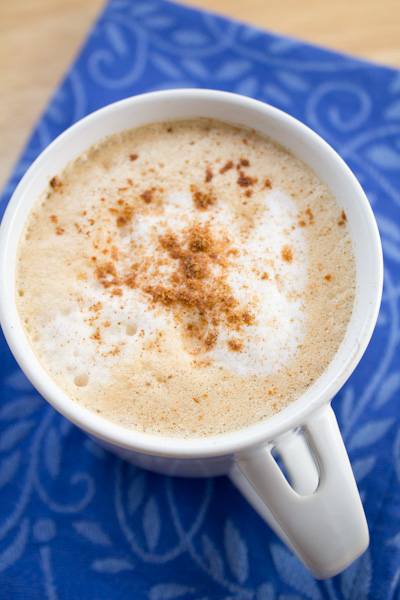 I thought that a good use for some of the Pumpkin Pie Spice that I made last week would be to top a latte. I usually like a little cinnamon on top, so why not this? Plus, I’m not that into the pumpkin syrup that goes into ones at Starbucks, so this was nice because it added just a hint of fall flavor. Extra thanks to Dino for taking over the majority of the barista duties at home 🙂 We used some decaf beans from a local coffeehouse, and he made mine skim, and his soy. They were awesome!