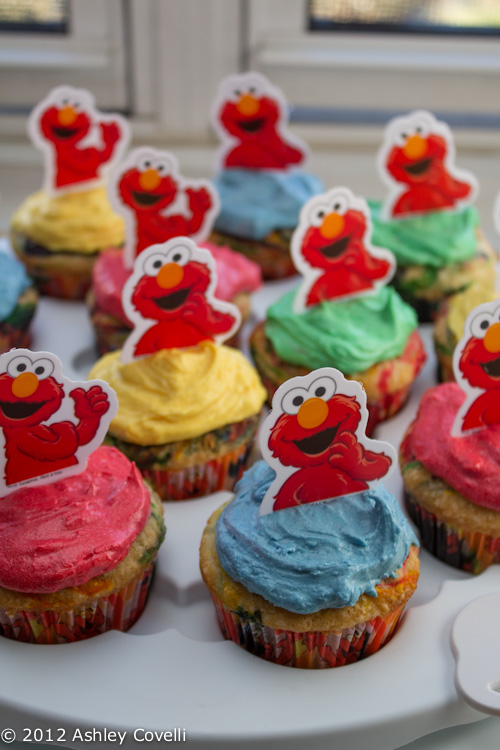 This Thanksgiving was extra special because it was my son’s first birthday. Wow. A year already!! I didn’t want to let the fact that it was Thanksgiving deter me from baking a special cake just for him to go to town on. I wanted a simple cupcake recipe that I could take part of to make into a little cake so that we could all enjoy it.

I wanted to make it a little more fun by making them colorful, so after I portioned out the batter, I put drops of food coloring onto each and swirled it around with a toothpick. It was way easier than doing a bunch of colored batches of batter, and it gave them a really cool tie-dyed effect. Here’s what they looked like before I baked them… 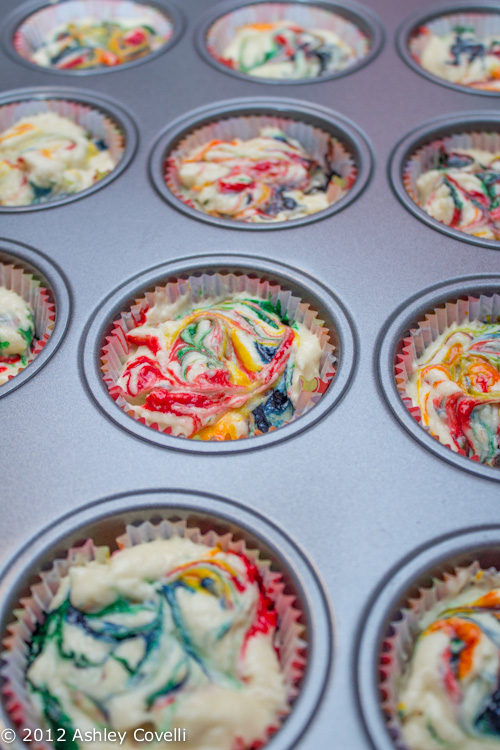 …and after they came out of the oven. 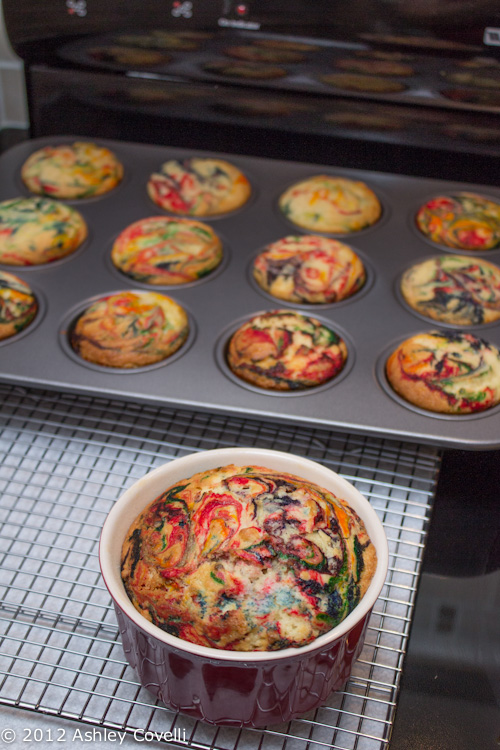 I cooled them overnight and frosted them all on Thanksgiving morning. They were super moist, and the buttercream was delicious. The frosting did cover up the tie-dye, but you could still see it peeking out a bit. I’d definitely make these again.

Amy Sedaris’s Vanilla Cupcakes
I Like You: Hospitality Under the Influence – Amy Sedaris

Put butter in mixer and beat at medium speed until somewhat smooth. Pour in sugar and beat well. Add 2 eggs. I like to crack the eggs on the side of the bowl while it is moving, which can be really stupid. I like to take chances. Yes, I have had to throw away my batter because I lost eggshells in the mix. Yes, it was a waste of food and yes, I know how expensive butter is, but what can I say? I’m a daredevil. Mix well. Add: vanilla, baking powder, salt, flour, and milk. Beat until it looks like it is supposed to and pour into individual baking cups, until they are about 2/3 full. Bake for 20 minutes or until golden brown. Should produce 24 cupcakes; I get 18 because I’m doing something wrong, although my cupcakes were voted second best in the city by New York Magazine.

Here’s the mini two layer cake that I ended up making with the remaining batter. I lucked out that I picked a recipe that made 24 cupcakes – I made 12 and used the rest of the batter for the cake. I made 4 different colors of frosting, and they unintentionally turned out perfect for the Elmo/Sesame Street themed party! 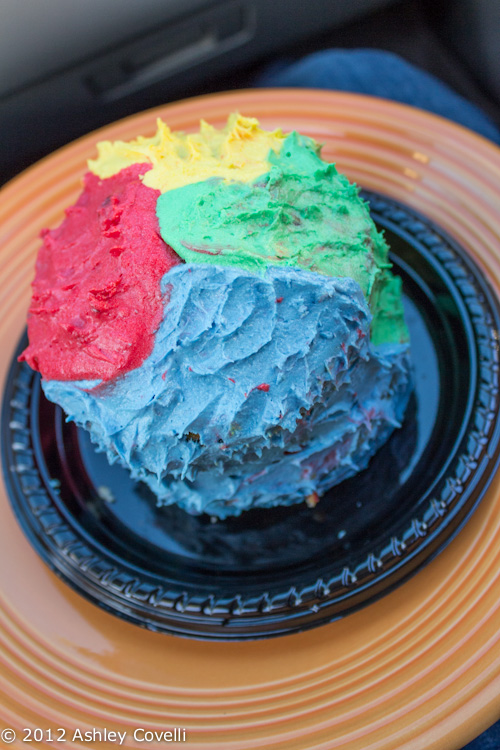 Amy Sedaris’s Vanilla Buttercream Frosting
I Like You: Hospitality Under the Influence – Amy Sedaris

*Less than 1 teaspoon pure almond extract can be substituted.

In a bowl combine: one box of confectioners’ sugar, one stick of unsalted butter, one teaspoon of pure vanilla extract, and 1/4 cup of milk or light cream and beat for a while. Really whip it, don’t be afraid to get in there. I occasionally add food coloring and sometimes substitute pure almond extract for vanilla.
If you do choose to add pure almond extract instead of vanilla, you’re on your own. I don’t know the measurement for it, but I do know it’s less than the amount of vanilla you would add.

I think the birthday boy enjoyed it 😉 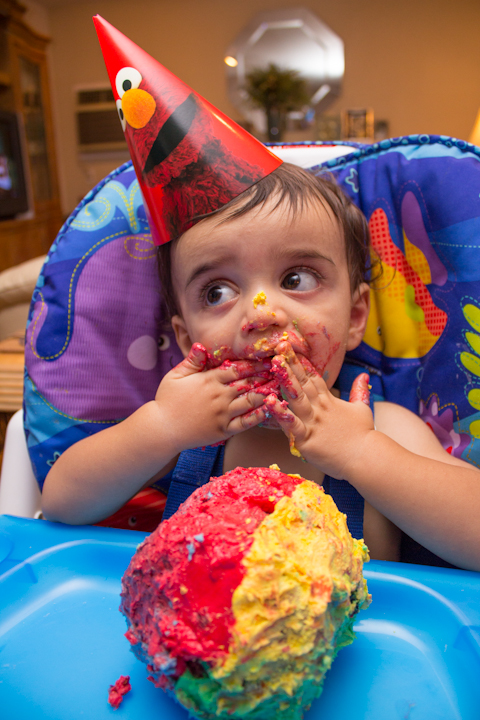