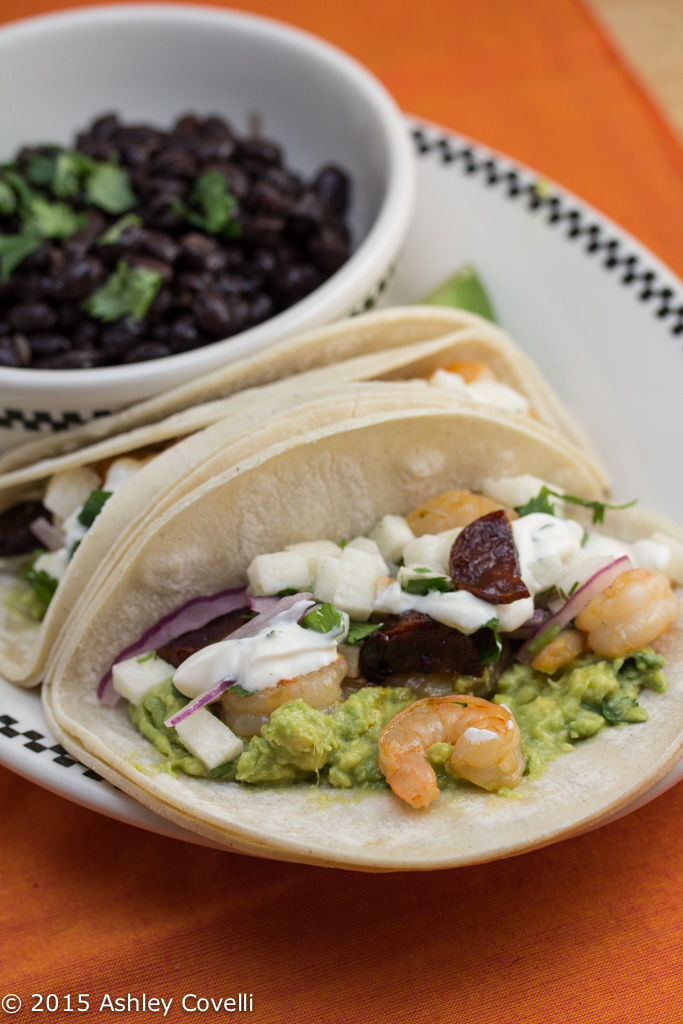 This installment of Big Flavors from a Mystery Basket turns ingredients sent to me from a Texan food blogger into sweet-and-spicy TACOS!

Remember a while back when I had my husband put together a mystery basket for me to make dinner from, a la Chopped? Well it was so much fun that I’m at it again, but this time with a twist. 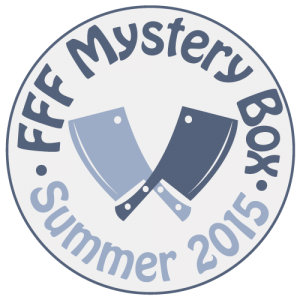 A few of my fellow food bloggers and I drew names and sent each other mystery boxes. The rules were simple: send 3 ingredients to another blogger, and spend around $20 total.

Ashley over at Quarter Life (Crisis) Cuisine sent me a box full of goodies from Texas. 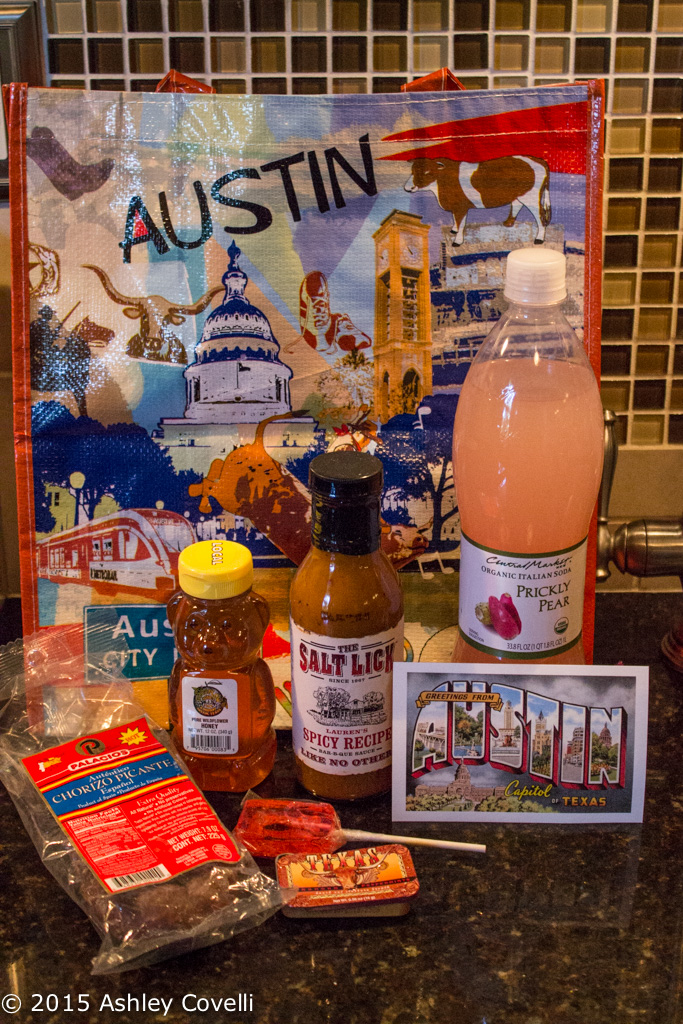 Aside from the fact that the post office nearly annihilated the box, I was thrilled to get some of her favorite local ingredients, plus a few extra goodies for me to enjoy.

She included 4 ingredients to use, and said I could only use 3 since that’s what we had agreed on, but I saw it as a challenge and used all 4: Spanish Chorizo Picante, local honey, prickly pear soda and spicy BBQ sauce from a famous Texas BBQ restaurant.

My initial thought was that I’d make migas. But then I thought that tacos would be a fun route to take with these ingredients.

I wanted to try to use a few of the ingredients in different aspects of this recipe, so the imaginary panel of judges wouldn’t call me out on not really utilizing any of them. This was also the first really involved meal that I cooked in my tiny kitchen after getting off crutches, so it was ambitious to say the least.

The prickly pear soda was something I’ve never tried before. It was very sweet, so I figured that marinating the shrimp in it quickly would be a good way to use it without it getting too sweet.

I used part of the marinating liquid at the end of the shrimp’s cooking time as well, to really drive home the flavor. The soda also made an appearance as a way to add a bit of sweetness to the BBQ guacamole.

I didn’t want the dish to be too spicy, so I did a quick honey and sherry glaze on the chorizo. It worked out well, except I forgot that it would dry and be sticky and drained it on paper towels. Oops! I also got the chorizo a little too crispy on one side after the honey was added, so next time I’d watch it more carefully to make sure it didn’t overcook. 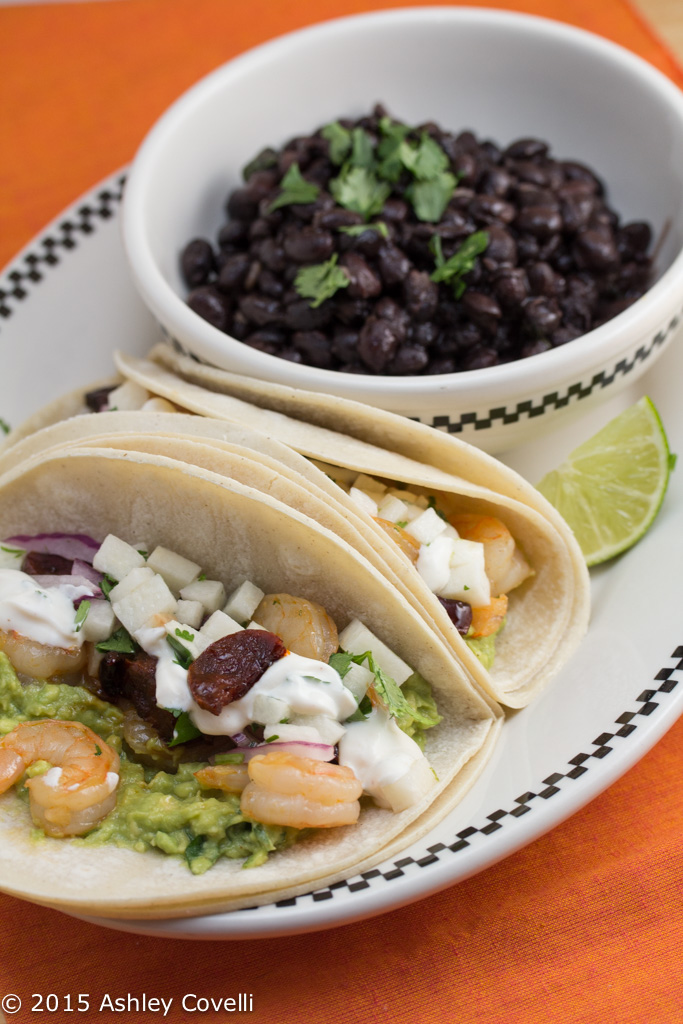 I added the BBQ sauce in both the guacamole and the crema. It was nice to have a bit of kick to those 2 creamy, cool components.

Finally, I wanted a bit of crunch, so I put together a quick jicama salad to go on top. It turned out soooo tasty. I’d totally make a bigger batch of that and serve it as an alternative to salsa. Yum!

I sent ingredients to Heather over at All Roads Lead to the Kitchen: sardines in harissa, asparagus pesto and dried dragonfruit. I’m excited to see what she comes up with!

And before you think it was super mean to send sardines in harissa, know that I included them because she saw them on an Instagram post of mine a few months ago and reeeeally wanted to get some, but isn’t near a Trader Joe’s. The dried dragon fruit was something I had never seen before, and my 3-year-old found it on the shelf at a local health food store, and I thought it would make a fun and unique addition to the mystery basket. 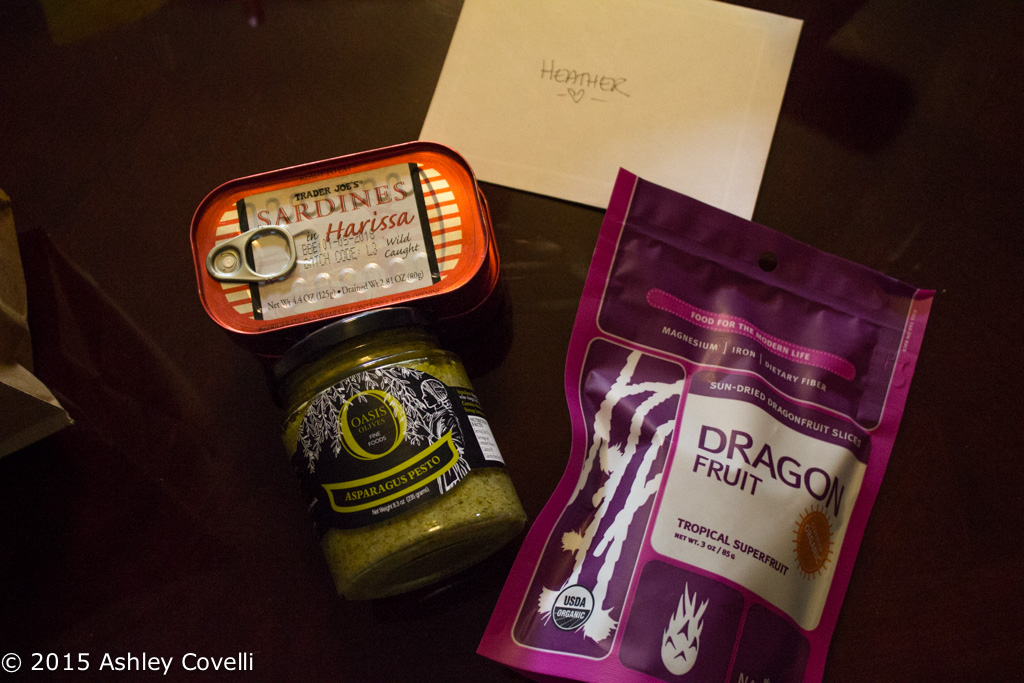 All in all, this was a super fun experience. Thanks to all the other fabulous food bloggers that joined in on the fun! To see what was in the other mystery boxes, check out the roundup below!