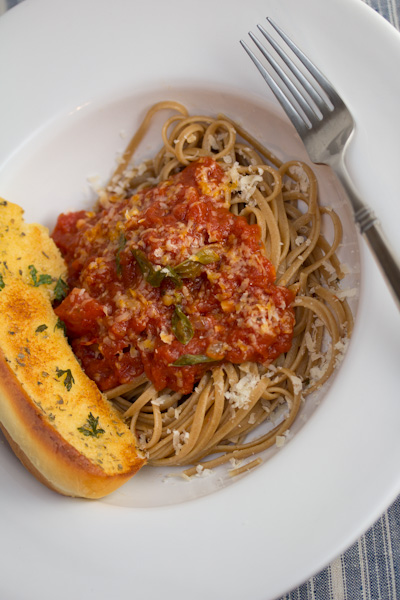 Dino made a batch of pasta sauce again, and it was awesome. He coats the bottom of a large saucepan with olive oil and heats it over medium heat until it shimmers. For a little extra heat, he sometimes adds a pinch of red pepper flakes at the beginning. He then adds a 2 (or more) cloves of minced garlic and when it gets fragrant, he adds half of a white onion, minced, and a bay leaf. When the onions are translucent, he adds a big can of peeled San Marzano tomatoes and crushes them in the pot, being careful not to squirt the juice all over the kitchen. He lets it simmer over low heat, stirring occasionally, until it starts to reduce. He then adds fresh basil, salt, pepper and a pinch of dried oregano. He adds 3 ounce of red wine and reduces further until it reaches the desired consistency. 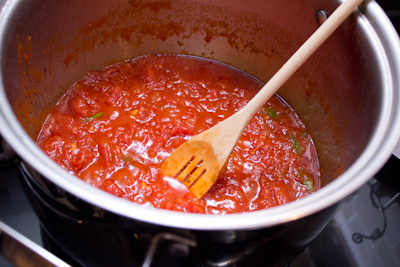