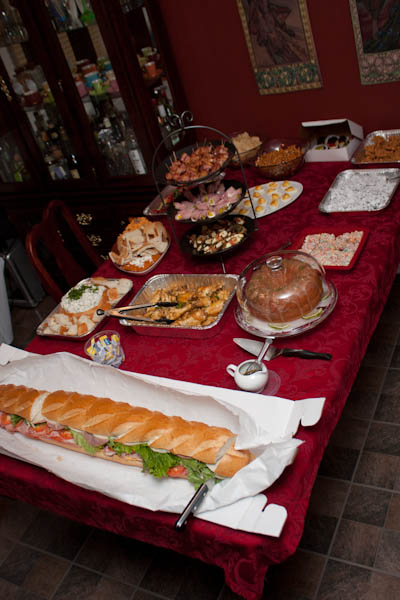 We’ve had a tradition of having a ridiculously gluttonous Superbowl party for Dino’s coworkers for the last few years. They nominated us to have one back in 2008 for two reasons:

I’d like to once again clarify…none of us are really into football, but it’s on the TV once a year, while about 20 people go to town on an epic feast. We had these parties back in 2008 and 2009, but skipped 2010 because our kitchen remodel wasn’t quite finished. So this year, we had a brand new kitchen and a brand new (and bigger!) TV to host the festivities.

Here was the food setup: 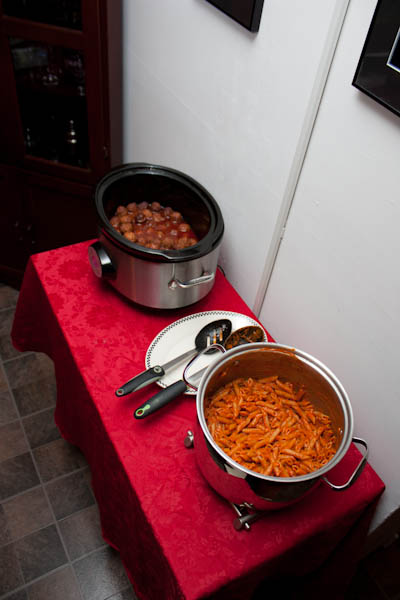 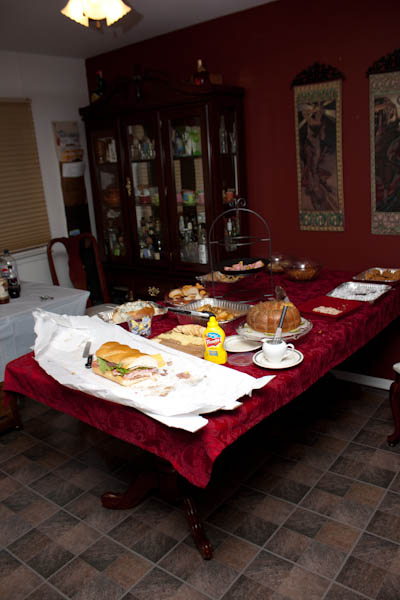 It was a huge success, and we had a blast, as always. And, since I lived in Wisconsin for about 10 years, I was glad that the Packers won. See ya next year, DMG!