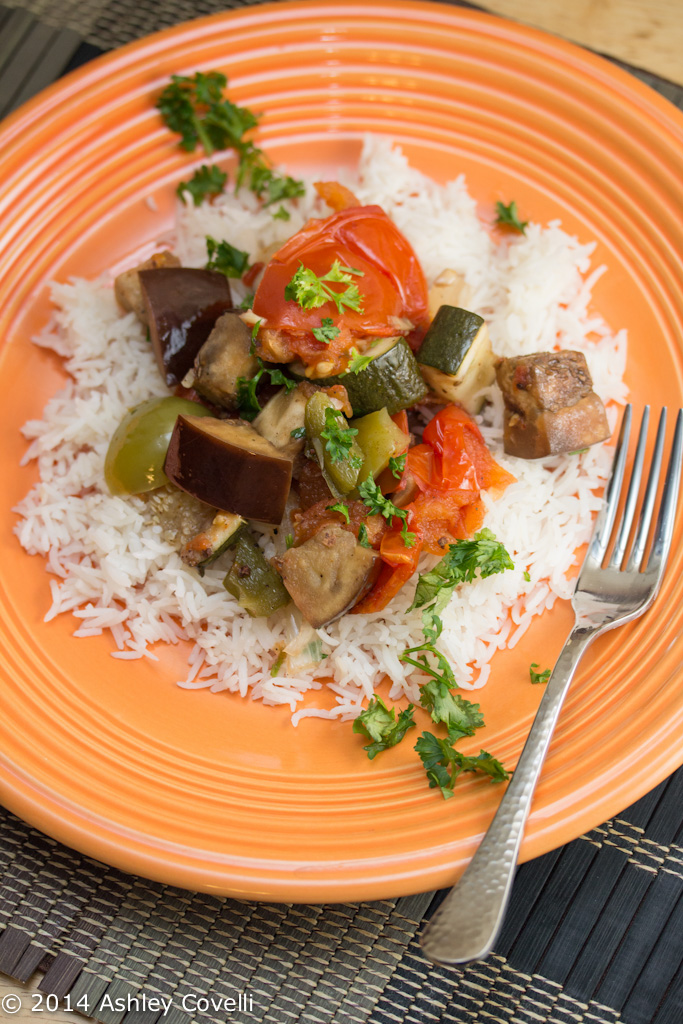 This dish is kind of like a Lebanese spin on ratatouille. It’s easy to assemble and only needs to cook for 3-4 hours in the slow cooker.

I don’t use whole allspice berries too often, and liked the fragrant pairing with cinnamon and pepper. The dish turned out fine, but wasn’t anything special. It didn’t feel like a “stew” to me, which was kind of disappointing.

One thing I really enjoyed was the texture of the tomatoes after cooking down in the slow cooker. They tasted like they were roasted, which was really nice. I’ll definitely use this method for tomatoes in the future!

Using an electric coffee mill or a mortar and pestle, grind the peppercorns, allspice berries, cinnamon and red pepper flakes to a powder.

Stir in the olive oil and parsley, and add salt to taste just before serving.