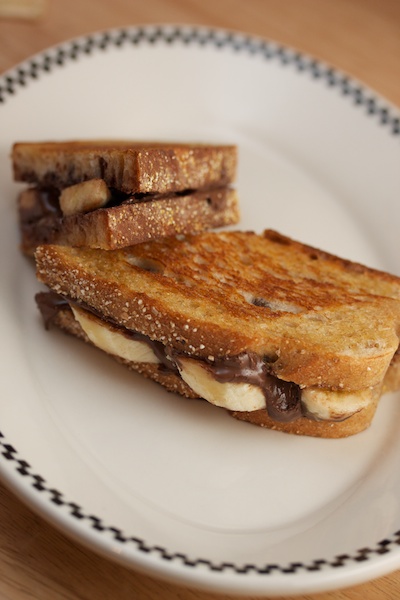 I wanted a treat, so I used the grilled cheese method to make a tasty, Nutella-filled dessert. I spread Nutella on two pieces of bread, added a sliced banana to the top of one half, and closed it up. I buttered the outsides of the bread and put it into a hot, nonstick skillet until it was golden brown and ooey-gooey in the center. This makes an awesome dessert or midnight snack!