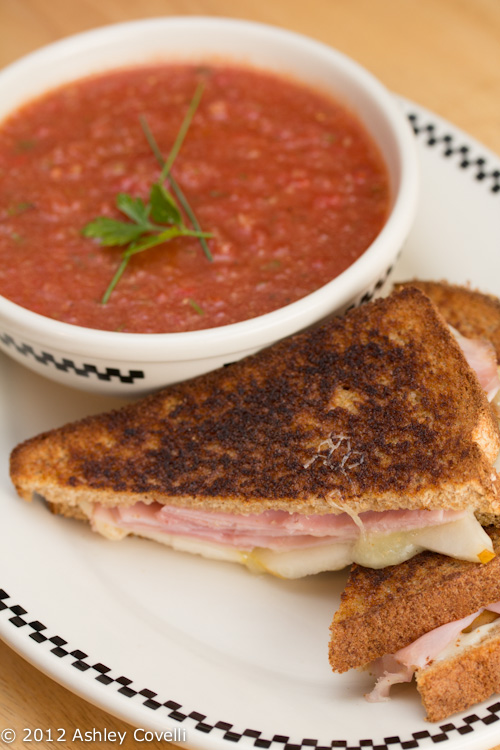 I wanted to do a summery version of grilled cheese and tomato soup, and I found this recipe that looked really interesting. Unfortunately, it was just OK. It was missing something – tanginess or sharper cheese or something sweeter…I’m not sure. It was fine, and it worked for dinner, but I probably won’t use this particular combination again. Also note that if you’re actually making 4 sandwiches, you’ll need 8 slices of bread – the recipe says 4.

Pears come in more than 5,000 varieties. Choose ones that are firm, without blemishes and with stems attached. The pears at the supermarket have often spent a few months in cool storage, so they are usually a few days from being fully ripe.

Heat a large skillet over medium heat. Spread outside of both bread slices with butter. Cook sandwiches in batches, if necessary, until golden and cheese is melted, flipping once, 3 to 5 minutes per side. Cut sandwiches in half and serve hot.