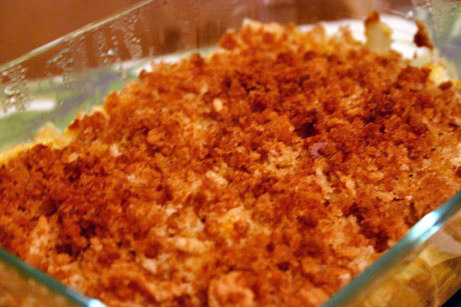 We had our second round of Thanksgiving celebrations a few weekends back. We brought some of my standard dishes as well as a new one the my mom has made for years but I never cared for until recently.

My grandma gave me her deviled egg Tupperware when we were in Indiana. I told her I’d put it to GREAT use. I make them just how she does, and they’re always a big hit! I’ve posted them here before, but here’s a shot of the Tupperware: 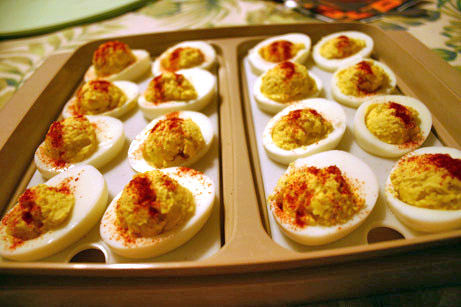 Dino put together a board with the cheeses that we picked up at the store (Jarlsberg, Winey Goat & Brie). The Winey Goat was awesome! It was a more firm goat cheese bathed in red wine. Talk about combining two of my favorite things! Here’s a shot of his set up:

I know a lot of people talk smack about green bean casserole, but it’s just not Thanksgiving to me without it: 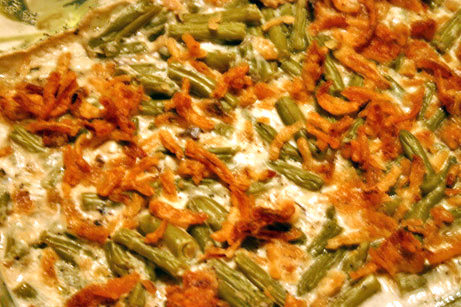 I made the same apple pie that I made last year, except I used store bought crust this time around. It worked out well except that it tore REALLY BAD on top when i flipped the crust to cover it. That just means it’s a “rustic” pie, right? 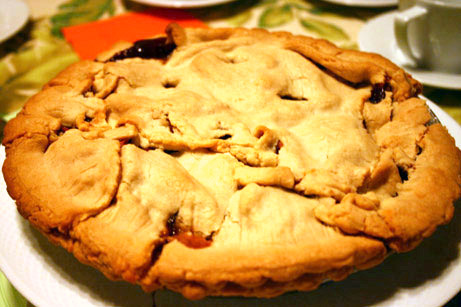 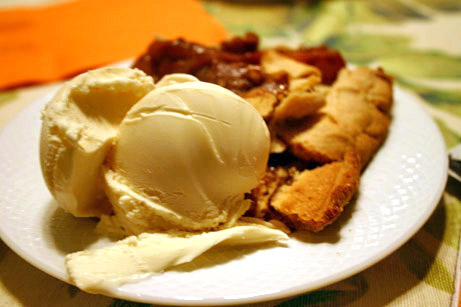 So now, the squash casserole recipe. I usually don’t like things with stuffing mix in them. I try really hard but I’m just not a fan of stuffing. But when we were in Indiana for the first round of Thanksgiving fun this year, I promised my mom I’d try it again. It was really good! It had been quite a few years since I had tried it, and my tastes have changed since then…so why not?

And a shot of Dino’s first plate of Thanksgiving dinner (for the second time in 2 weeks): 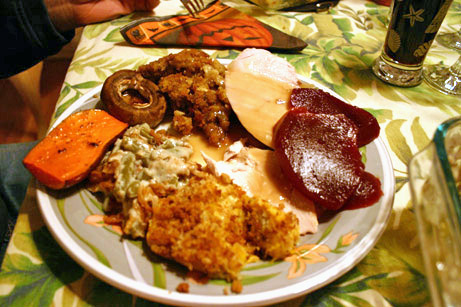